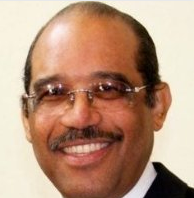 -Increase competitiveness among the small and medium size enterprises of Caribbean-American ownership in the State of MD Through the enhanced opportunities in international outreach,
– Facilitation between these enterprises and the Caribbean Communities (CARICOM) Countries.

Commissioners are appointed by the Governor for up to two consecutive four-years terms.

3. Conduct outreach to Caribbean groups and communities in the State and communicate information to them concerning public and private programs that are beneficial to their interest.

4. Review and comment on any proposed Federal. State, or local legislation, regulations, policies, or programs that affect the Caribbean population of Maryland

5. Generally comment and make appropriate recommendations on matters affecting the health, safety and welfare of the Caribbean population and perform any other duties that may be requested by the Governor.

Dr. Baptiste is recognized in the dental community as one of the most skilled dental health surgeons in the nation.
The Governor of Maryland named Dr. Baptiste a member of the State Board of Dental Examiner in 2000. Life Board member North East Regional Board.
His private practice, J.B Dental Implant and Reconstruction Center, located in downtown Silver Spring, Maryland is recognized as one of the most advanced in the field of implantology.
A pioneer in his discipline, he holds a Mastership at the Academy of General Dentistry (MAGD), a distinction that only 10 percent of his peers has attained.
Among some of his professional awards include Who’s Who Among Outstanding Americans And Who’s Who Among Outstanding Executives and Professionals.
He was named by the Washingtonian Magazine in the Top 100 Best Doctors in the Washington, DC, Maryland, Virginia area.

Dental implantology is a set of surgical techniques aiming at the functional rehabilitation of a patient affected by total or partial edentulism, by using dental implants, i.e. metal elements surgically inserted in the mandibular or maxillary bone, or above them but under the gum. These elements are fitted with connectors to fasten them to fixed or removable prostheses, to enable chewing functionality. Such implants can have different shapes, they can be inserted in different positions, with different techniques, then connected to prostheses at different times.

Dr. Baptiste is a Diplomat of the International Congress of Implantology (DICOI), and a Fellow and Diplomat of the prestigious American Academy of Implant Dentistry and the American College of Forensic Examiners (FAAID).
President Emeritus/ Founder
Haitian Diaspora Federation
2011 – 2013 (2 years)Washington D.C. Metro Area

Dr. Baptiste a founding member of the Haitian Diaspora Federation was nominated its President.
The HDF is an umbrella not for profit organization of Fifty major Haitian organizations worldwide with a mission of purpose: Empowerment Thru Unity.
Dr Baptiste was selected to represented the Haitian Diaspora at the United Nation General assemble “Haiti Donors Conference.”

Upon receiving his Doctor of Dental Surgery degree, Dr. Baptiste answered the call of military service by the US Army where he completed his dental surgical residency program. For four years, he actively served his adopted country as staff Dental Surgeon at Walson Army Hospital Center. Later as an Army Major, he was called to serve on active duty in Iraq during the Desert Storm campaign of 1991. As in all his undertakings, Dr. Baptiste has distinguished himself and has rose to the rank of Colonel. Recently, Dr. Baptiste was once again called upon to go to Iraq; this time as chief of a medical/dental detachment to defend the Global War On Terrorism “Defending Freedom” mission. Dr. Baptiste completed his duties in a superlative manner. An already highly decorated soldier, Dr. Baptiste was awarded the National Defense Service medal, The Global War on Terrorism Service medal, the Armed forces Expeditionary Medal, The Army Meritorious Unit Award, Army achievement Medal and the Army Commendation medal. He is the Chief of Dental Services of the 2290th USAR at Walter Reed Army Medical Center.

Dr. Baptiste has distinguished himself in working on Haiti’s behalf, including by establishing the National Organization for the Advancement of Haitians (NOAH in 1991, the leading social policy advocacy organization on Haiti in the United States. NOAH has played a pivotal role in addressing some of the social and economical needs of the poor and disenfranchised by sponsoring medical and dental screenings in Haiti 10 years running; ensuring that potable water is accessible for an entire village; and when necessary, influence United States policy vis-à-vis Haiti. Under Dr. Baptiste’s leadership, NOAH has partnered with the fourth largest bank in Haiti, Promobank, forming PROMOCAPITAL, a venture capital bank to bring together experienced, competent Haitians and Haitian-American leaders to create an investment infrastructure with global potential to contribute to the future welfare of the local community in Haiti and in America. Over 10 million dollars have been invested in Haiti’s local economy as a direct result of NOAH’s investment initiatives. Dr. Baptiste would later co-found the Haitian Diaspora Federation, an umbrella organization representing 50 major Haitian organizations worldwide. In his role of President Emritus/Founder, Dr. Joseph Baptiste represented the Haitian Diaspora Federation at the UN General Assembly’s “Haiti Donors Conference.”

Chairman/Founder
National Organization For the Advancement of Haitians
PresentPoverty Alleviation

The National Organization for the Advancement of Haitians (NOAH) was founded in 1991 as a U.S. based 501© (3) not-for-profit social policy corporation in response to the refugee crisis resulting from political unrest and upheaval in Haiti.
NOAH serves as a national, non-partisan organization dedicated to the restoration and preservation of democracy in Haiti. The organization is dedicated to providing medical and humanitarian relief to Haitians from Natural Disasters and facilitating the training of Haitian medical professionals and building of medical care infrastructure in Haiti.

Since its inception, NOAH has worked to broaden understanding of Haiti, its people, its culture and its challenges to regain economic independence and stability. Through information, education, and its medical missions, NOAH plays a critical and pivotal role in building support for Haiti advocating “Empowerment through Unity”.

NOAH is recognized as a public policy information clearinghouse and advocate for the democratization of Haiti and is consulted by the executive branch of the United States as an intermediary between the governmental and the private sectors within Haiti and abroad.

NOAH has crafted its MISSION around the following fundamental principles:

To champion democracy in Haiti.
To serve as an information clearinghouse providing business and investment opportunities.
To advance humanitarian efforts and initiatives.
To create greater awareness, understanding, and appreciation of Haitian culture and society.
To encourage the interactive participation of Haitian-Americans in the multi-cultural fabric of the United States.
To promote and reinforce a new image and vision for Haiti.

Dr. Joesph Baptiste is Chairman and Co-Founder of PromoCapital. This Haitian-American Investment Bank, is headquartered in Washington, D.C. and has a representative office in Port-au-Prince, Haiti.

PromoCapital is a joint venture between members of the Haitian-American Diaspora and Haitian entrepreneurs and professionals.

PromoCapital consists of two institutions: PromoCapital Haiti, S.A. – incorporated in Haiti as a “Société Financière de Développement” – and PromoCapital USA, Inc, – a corporation registered in the state of Delaware.

Mission
The mission of this financial institution is to bring together a team of experienced, competent, Haitian and Haitian-American leaders with the practical skills, know-how, and resources to create an investment infrastructure with global horizons and limitless potential to contribute to the future welfare of our community in Haiti and in the US, while at the same time providing socially responsive investors with equitable returns and benefits… An institution which promotes financial independence, autonomy and security for Haitians and Haitian-Americans.

The Haiti Renewal Alliance (HRA) is a non-profit organization based in Washing-ton DC. Its vision is to see a Haiti connected to the Global Market Place as a self-sustained economy. Through collaboration and partnerships, the Haiti Renewal Alliance will advance the capacity of Haiti by promoting investment business development and economic growth. (Website: bit.ly/HaitiRenewalAlliance-JB)

Attestation on behalf of Dr. Baptiste by Ambassador Curtis A. Ward click here

Please Note:  Justice Pour Tous makes no representations as to the legal merits of the legal action taken against its donation recipients but believes that all persons are deserving of legal representation.